Language Interpreters & Emotional Intelligence. How do we use emotional intelligence & why does it matter? 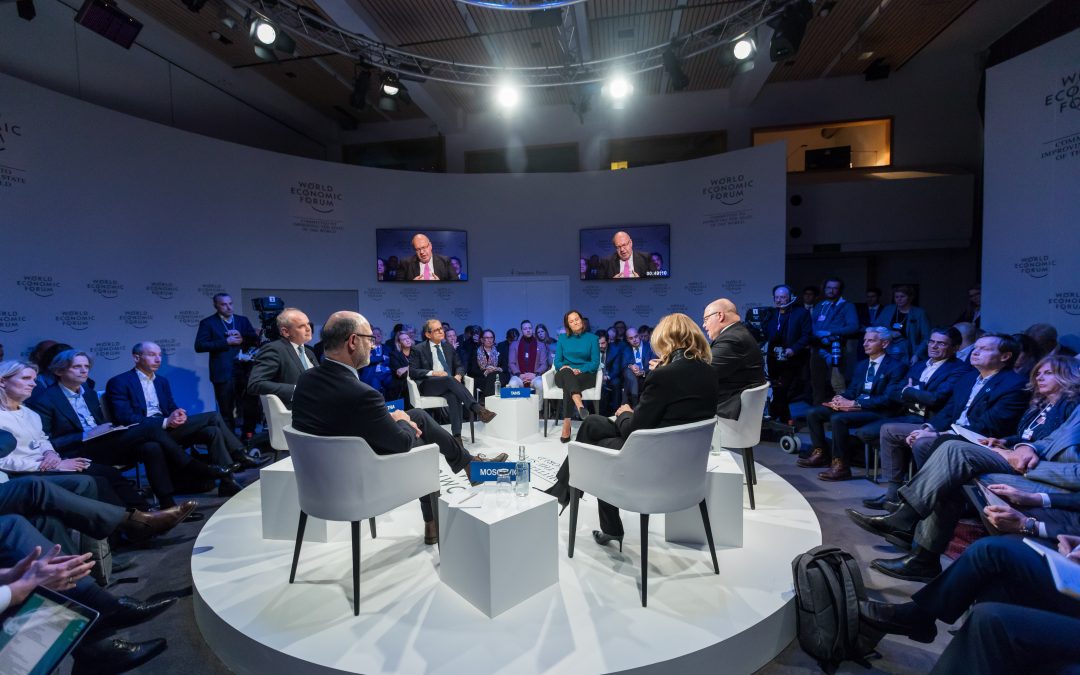 The first time I came across the concept of Emotional Intelligence (EI) in Interpreting Studies was during my Master’s in Conference Interpreting at London Metropolitan University. We were discussing in class the importance of non-verbal communication focusing on a relevant article[1] published on the AIIC website explaining the role of Emotional Intelligence in Interpreters’ work. As an Interpreter and Translator, this idea that our abilities as interpreters involve interpreting human behaviour and conveying the emotions of the speaker resonated with me quite well, as this could be the answer to some of the ongoing questions in Interpreting Studies: why do some perfectly good interpreters succumb when faced with stressful situations whilst others thrive under pressure and need the adrenaline to perform better; why are some interpreters more comfortable with our ‘invisible’ role whilst others are keen to interact and make their presence felt?

In an attempt to answer these questions the researcher decided to choose this area as the topic of my research paper focusing on the role of Emotional Intelligence in Interpreting studies. As part of the research I carried out I found out that Emotional Intelligence is a fairly recent line of interest in interpreting studies, which seems to have borrowed this topic from Translation Studies (Hubscher-Davidson, 2013).

The concept of Emotional Intelligence has gained momentum in the last few decades partly owing to popular psychology and self-help books but few of us actually know about the vast and assiduous research behind the construct or that in fact it has little to do with general intelligence, being closely linked to personality (Petrides, Pita and Kokkinaki, 2007, p. 287). Even though the term Emotional Intelligence had appeared earlier in the literature, the first formal definition being given in 1990 by Salovey and Mayer, it was only in 1995 that the term became popular due to Goleman’s bestselling book advertised as ‘the groundbreaking book that redefines what it means to be smart’ (Goleman, 1996).

Having done the initial background research for my dissertation and looking for a way to illustrate the Emotional Intelligence Quotient of interpreters I was already facing the first obstacle: How do we measure Emotional Intelligence? This issue was a complex one as there are two schools of thought: on the one side we have Mayer – Salovey – Caruso Emotional Intelligence test, which considers EI to be a cognitive-emotional ability measured via maximum performance tests similar to IQ tests, and on the other side the concept of emotional self-efficacy measured via personality questionnaires based on self-report (Petrides and Furnham, 2001). Petrides[2] uses the technical term of facets for personality traits and the table below gives a description of them:

But I also wanted to put the findings into context, to demonstrate the significance of interpreters’ individual traits and the impact on their work. Therefore I considered it was appropriate to complement the quantitative data (the results of the EI tests) with qualitative data in the form of semi-structured in-depth interviews, and then do a cross analysis and interpret these data.

Once the respondents completed the TEIQue questionnaires, their answers were compared with those of a reference group (approximately 1800 people that are representative of the UK working population) who took the same test. The results of the EI tests I conducted were very detailed, giving an exact score for each trait, where 100 would be a perfect score.

An analysis of the test scores revealed that, overall, female participants had scored higher than men, although the difference was negligible. It is more relevant to point out that the majority of the female participants scored particularly high with regard to traits Emotion perception, Emotion expression and Emotion management and less in traits Impulse control and Stress management, whereas men scored better for the Self-control factor and for the trait Self-motivation. This translates as women being better at perceiving and identifying emotions, but once they do perceive them they seem to be more affected and find it harder to control their own emotions. Furthermore, it indicates that in an unpredictable and emotionally challenging environment such as the working environment of interpreters, a male interpreter would be better adjusted, and interestingly some males enjoy this challenge and seem to thrive on it, as stated by a male PSI in his interview.

As previously mentioned, the participants were divided into two groups: CIs and PSIs. The most notable differences illustrated in the chart below are observed with regard to the traits Empathy, Emotion management and Assertiveness, whereas with respect to Emotion perception and Emotion expression both groups obtained high and very similar scores. Thus, it can be assumed that a higher level of Empathy and Emotion management is more relevant in Public Service Interpreting where interpreters work face to face with victims and defendants and are more exposed to emotionally charged situations.

The results of the tests are consistent with the data provided by the interviews, so let’s look at some EI factors and traits separately.

All six interpreters interviewed had an above-average level of Well-being and they all confirmed that they enjoy their work. For example, when specifically asked whether he found his work stressful, a male CI simply responded, ‘to me it’s not so stressful. I enjoy it.’ Interestingly a male PSI called it ‘a good kind of stress’ keeping him alert, which again takes us back to the idea that for these interpreters the variation and the constant novelty of their job as interpreters suits their personalities.

Throughout the interviews all the interpreters, either when specifically prompted or when digressing from another topic, remarked on the importance of conveying emotions in their work and therefore the need to have the ability of expressing emotions. Of course this presupposes that to begin with they are able to perceive the emotions they are meant to convey, which implies having a good level of Emotion perception, and indeed all the interpreters interviewed had an extremely high score in trait Emotion Perception.

All the interviewees clearly stated that a degree of Empathy is both desirable and necessary for an interpreter but that it can also have a detrimental effect. However, those interpreters who showed signs of mood deterioration as a result of their work had indeed an above-average level of Empathy, scores of 99/100 and 83/100 respectively, but they also had below-average scores in Emotion regulation, 23/100 and 26/100 respectively. So, it can be concluded that a good level of Emotion regulation plays an important role in diminishing mood deterioration in interpreters.

Initially I expected interpreters to have a high or at least an average level in this factor and indeed generally the findings of the tests seem to support this, although it is notable that PSIs scored higher in Sociability than did CIs, which accords with the fact that they are closer to the everyday human drama and are thus more likely to find themselves in emotionally challenging circumstances. However, Conference Interpreters are by no means spared from such challenges either, because of the topic of the conference, as noted by a female CI, or due to the lack of collegiality of some fellow interpreters, as commented on by a male CI..

It was obvious that all those interviewed enjoy the variety that comes with being a freelance interpreter and their overall above-average score illustrates this as well. Thus, a good level of adaptability is necessary for CIs who must be able to work in a booth with colleagues they may dislike or hardly know (an observation by a female CI) and also to speak before an audience in a business meeting (from a male CI), as well as for PSIs, whose work environment is full of unexpected situations they need to adjust to, as one male PSI commented.

The results of the tests indicated that interpreters have an average level of Self-motivation: 48.67 for CIs, on average, and a slightly higher score of 60.33 on average for PSIs. Also, within each group the level of Self-motivation seems to vary considerably; however, it is noteworthy that those with a higher score in this facet seem to regard the self-employed status as an advantage. So, taking into account that interpreters are mainly freelancers working without or with very little supervision and who are more in control of their workflow and directly responsible for marketing themselves or for their professional development than are full-time employees it can be concluded that at least an average amount of self-motivation is required for freelance interpreters.

Thus, the general conclusion is that an Emotionally Intelligent interpreter will not necessarily be a better interpreter but he or she would definitely be a happier, more adjusted professional who inspires confidence; and to some extent this could reflect on the level of success achieved in his or her career as a freelancer.

Even if EI is seen as only one of the necessary ingredients for a successful career in interpreting it is certainly not the least important one. It might just be the one thing that will help junior interpreters survive the difficult years at the beginning of their careers, because of the trait self-motivation, or earn them a good reputation as great colleagues to work with; or it might be the attribute that will help a PSI keep it together when dealing with child victims of human trafficking, for example.

Although individually the results of the EI tests vary, thus indicating that when it comes to personality traits interpreters are as varied and individually unique as their assignments, I believe my study has shown that some EI traits (Empathy, Emotion management, Stress management, Adaptability and Self-motivation) will be of great benefit in an interpreting career.

[3]
The TEIQue test can be found here: http://www.psychometriclab.com/admins/files/TEIQue%20v%201.50.pdf

Get in touch to discuss your next project. 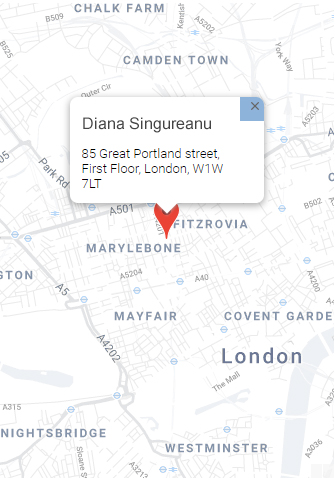